Sometimes we refuse to see how bad or broken a relationship is until it completely destroys us. This is the thing with abusive relationships, we let them consume us until we have had enough. It is like being stuck in a cycle over and over again receiving less than what we deserve, settling for less and undervaluing our worth.

There is actually a psychological reason behind it – according to psychologists, this happens due to the mental manipulation that your partner carries out over you. So no, you are not crazy when you start sensing hurtful feelings, as you are not losing your mind when you start questioning if this is the right thing you should be dealing with just because you love your partner. Love is not controlling or abusive, it doesn’t make you feel worthless, it doesn’t try to change you. It accepts and embraces you the way you are. You should not have to cope with any relationship that is opposite to that, you deserve more than that.

Indeed, there are 6 types of abuse that fall into abusive relationships according to psychologists.

1.Physical Abuse: “Physical abuse is any intentional and unwanted contact with you or something close to your body. Sometimes abusive behavior does not cause pain or even leave a bruise, but it’s still unhealthy.”

3.Sexual Abuse: “any action that pressures or coerces someone to do something sexually they don’t want to do. It can also refer to behavior that impacts a person’s ability to control their sexual activity or the circumstances in which sexual activity occurs, including oral sex, rape or restricting access to birth control and condoms.”

4. Financial Abuse:  “It can include telling you what you can and cannot buy or requiring you to share control of your bank accounts. At no point does someone you are dating have the right to use money or how you spend it to control you.”

5. Digital Abuse: “is the use of technologies such as texting and social networking to bully, harass, stalk or intimidate a partner. Often this behavior is a form of verbal or emotional abuse perpetrated online.”

6. Stalking: “You are being stalked when a person repeatedly watches, follows or harasses you, making you feel afraid or unsafe. A stalker can be someone you know, a past partner or a stranger.”

“I mean I constantly fight with my boyfriend, he offends me and stuff when he’s angry or shouts at me, but it is not as if he were to hit me or something.” Anonymous.

We must understand that couples do have arguments, pass through tough times and sometimes feel lost, and this does not constitute emotional abuse nor as an abusive relationship. Now, when respect steps out of the picture during arguments, you feel like you are constantly being stepped upon, underheard, restrained, or when your partner uses your emotions as a weapon; that is when it starts getting out of hand.

In most instances, an abusive partner is not aware of the actions they are executing and often portray them as correct, defending their behavior or victimizing him/herself, repeatedly leaving the other person insecure and unhappy. It is difficult to understand your partner’s behavior if you are in this type of relationship. Most of the time, you end up blaming yourself for their actions, thinking you are actually the problem, which makes you stick to this broken relationship due to the feeling of remorse.

The truth is: the abuser will not change. This type of behavior in relationships is due to their own insecurities, and thus they try to showcase it into their partner. Somehow it makes them feel a little bit better about themselves. To put it differently, by belittling their partner, they will be able to take better control of mantling their insecurities.

These are people that have their own inner problems, people you should not have to cope with. It is not your job to save them if it causes you harm. Mental health is important, and you cannot heal in the same environment that made you sick.

“But he loves me.” Anonymous

We, as young people, must understand what a healthy relationship is. Nowadays it appears to be forgotten; it seems normal to cheat, to deal with insults and denigrating behavior. Young adults seem to accept this type of behavior because they see it in their surroundings, such as in the books they read or movies they watch. Popular culture has indulged this behavior and young generations are embracing it.

Let me tell you what a healthy relationship should be: a healthy relationship should be led by respect. Between partners, communication and boundaries are set, allowing independence, while at the same time being connected in many emotional aspects that push you to be a better person and makes you feel good about yourself. A healthy partner accepts your flaws, does not try to change who you are and loves you in your purest form. Remember: love is not something that can be done badly.

It may seem hard, but people often find their way out of abusive relationships, despite the love they feel for their partner. In my opinion, it all comes down to self-love: you must learn to love yourself before receiving any type of love in a relationship. This way you will be able to know if you are in the right place what you actually deserve. You must know your worth, and prioritize what you need rather than what you want. Sometimes people are better in your heart or memories than in your actual life, so let go of what stops you from being what you want to be.

Change is difficult but it is often for the best, so when something or someone leaves, more blessings come. 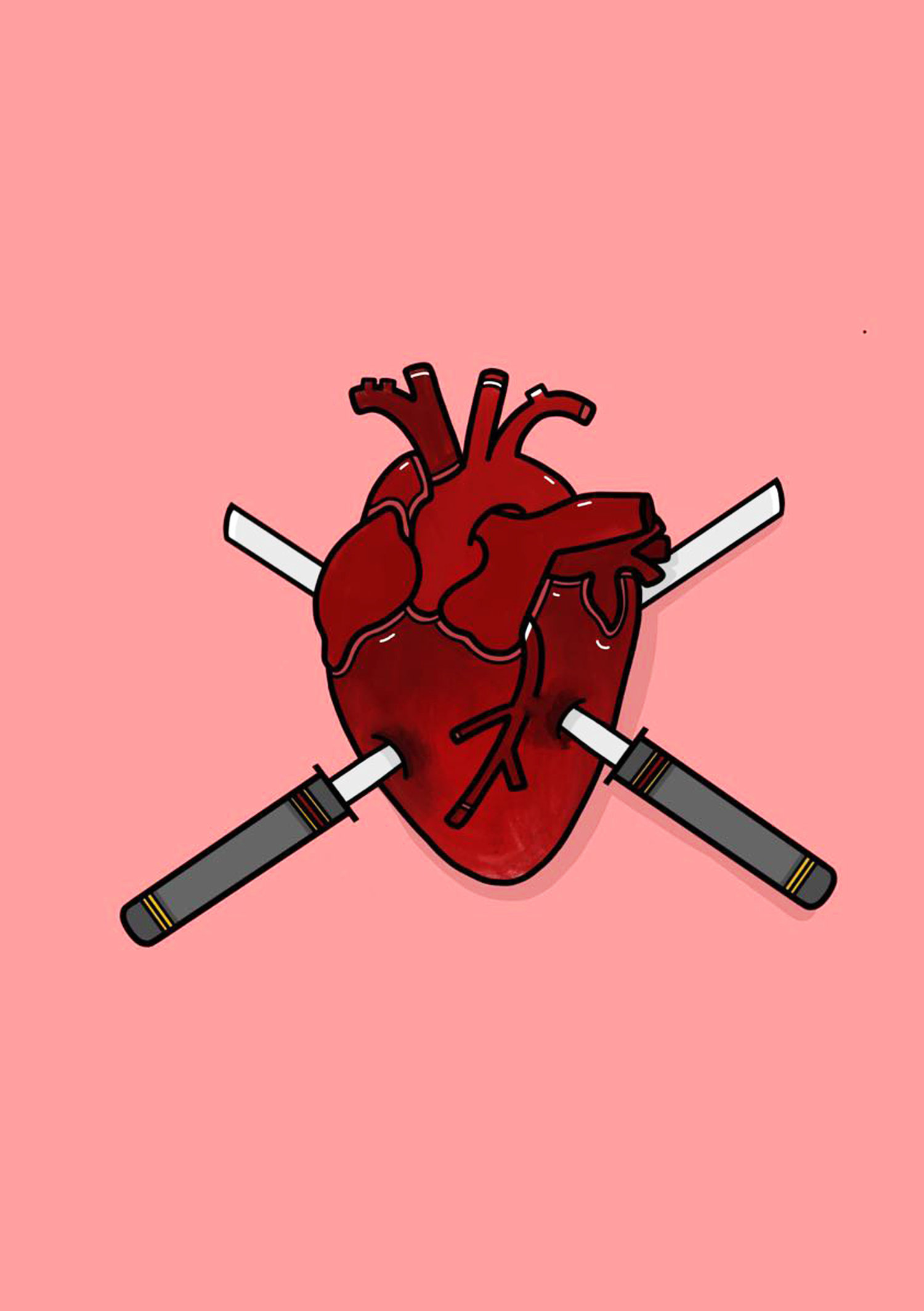