The most anticipated event of the year has finally arrived, landing with all its festivities at IE University. Football enthusiasts, and amateurs alike, can’t help but feel the excitement that bubbles up around the World Cup – the single largest followed sporting event in the world. Thanks to its diversity, the World Cup unites supporters from all countries through a common passion. Sounds familiar? This is exactly one of IE’s objectives. Hence it is no surprise that this championship was warmly adopted in the IE community.

The Student Government, with the support of the Sports and Well-Being Department, had the brilliant idea to host viewings for the World Cup on campus. These sessions are carried out Monday through Saturday for every game and are free of charge. They facilitate students’ lives by providing them with the live-stream and an environment where they can socialize and bond over their favorite teams.

At the Segovia campus, viewings are taking place on the second floor of the cafeteria – a perfect location for students to gather in between classes. Even though not meant for this purpose, the room is well-equipped with plenty of seating space and a large central screen. In addition, students have the convenience of going downstairs to buy a snack or a meal. Moreover, games at 8PM are being hosted in the one and only Creativity Center. For those, the Student Government (SG) is providing snacks for all spectators. Despite such, those hosted in the Creativity Center haven’t attracted as large of a public as those on campus. Perhaps it is due to the location or simply because it may be an inconvenient time for some students. Regardless, it is only the first week, so one can expect it to get fuller and fuller after every viewing.

Cristina Tuduri, a member of the SG athletics committee and organizer of the viewings in Segovia, explained “we created this because getting back to a fully in-person campus [experience] has been rocky. We wanted to find something that everyone would enjoy, and the World Cup is always a big hit. We thought it would also be a cool environment to be in, given that we are such an international university.”

In addition, Cristina discussed planning and putting together an event with such a high volume of people, “we had to figure out most of the logistics. For example, how we were going to watch it. The Spanish cable television only streams knockouts, finals, and the Spanish games, so we had to find a way to stream all the games. Then, we had to define where we were going to watch it – [a place] where we could fit a lot of people and have a TV to plug in the streaming box.”

Students’ enthusiasm for the World Cup is quite visible around campus, with many wearing national jerseys to support their team. Consequently, a lot of students have been coming to the cafeteria to watch the matches. “At first, we thought about hosting all of the games at the creativity center, but the committee officers thought that it would be a better idea to do it where people can go during their breaks – which me and the people from my class do,” Cristina said, “that being said, we have been getting more of a lower attendance at the creativity center [at night] than we were expecting.”

All in all, this initiative has received a great response from the IE community. It will be exciting to see what other events the SG comes up with to bring the community together once more. 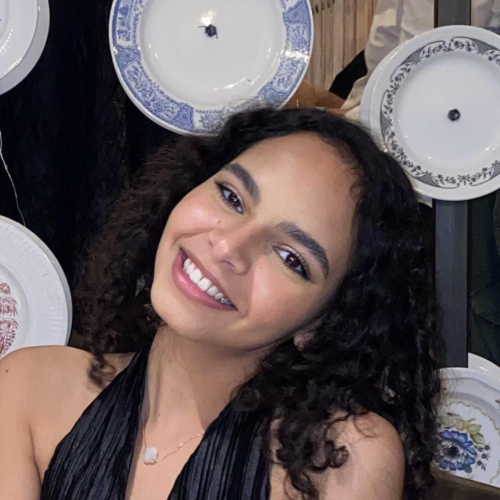 How We Celebrate Our Holidays Around the World