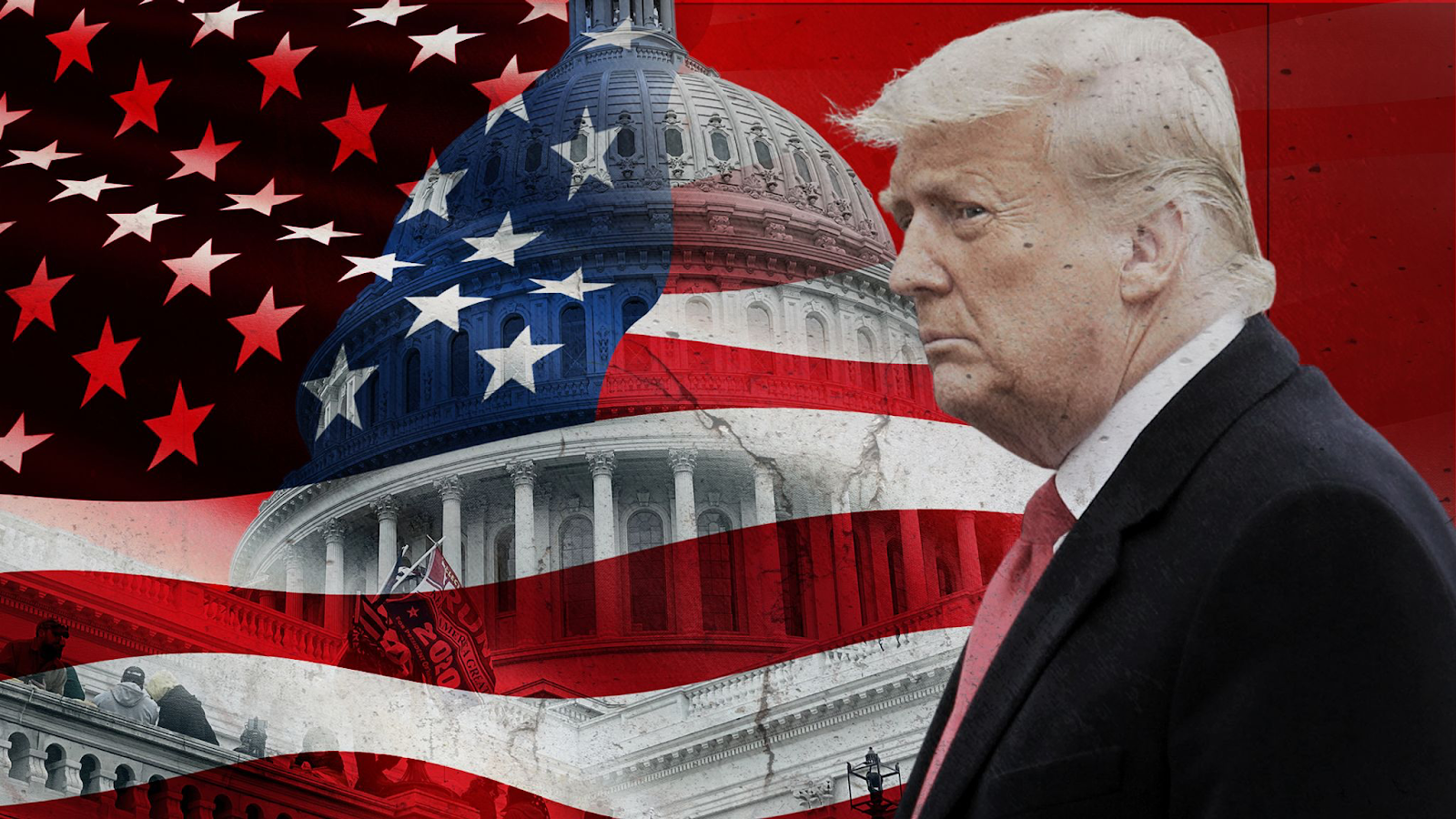 Only four times in United States history has the Senate held a political trial for a president, but for Donald Trump, this is his second impeachment trial. The first time was in December of 2019, when he was found guilty of requesting electoral favors from Ukraine but the Senate, in February 2020, acquitted him of his alleged crimes.

But this year it is a different story. As Democrats consider, that the facts and evidence are more than clear and various senators were direct witnesses, presenting a disadvantage for the defendant as the positions of the majority of them are lucid in advance. Additionally, the process was shorter this time. In 2019 it took 86 days for the House of Representatives to approve his first impeachment. Meanwhile, this year it just took a week because he allegedly committed a crime on live television, no further investigations had to be conducted on the issue, which was the case of his leaked emails with Ukraine.

This past Tuesday, February 9th, former President Donald Trump’s second impeachment trial began in the United States Senate. The seriousness of the events derives from his “incitement to insurrection” against US democracy which is considered as a “high crime or misdemeanor” according to the United States Constitution. This is what makes this legal and political process significant not only for the American people but for the world. In the event that he is found guilty, he would be prohibited to run for office again. Democrats argue that this would send a message to society on the solidity and effectiveness of the nation’s governmental institutions.

Trump was not present during the trial, as he’s always declined the prosecutor’s invitation for him to testify under oath. Trump is being charged for the role he played in the United States Capitol assault last month, on January 6th. He followed the trial from his mansion at his gold club in Palm Beach, Florida, where he settled after leaving the White House.

Right before the Congress was ceremonially about to accept the vote count of the presidential elections, clearing President-elect Joseph R. Biden to be sworn in on January 20th, the defendant urged supporters to attend the “Save America March” in Washington where he told them to “be there (in the Capitol), will be wild!”. He willfully told his audience false statements such as: “the election was stolen” and “if you don’t fight like hell you’re not going to have a country anymore”. Democrats argue that these actions can be categorized as the most severe constitutional crime ever committed by a president.

This inevitably led the crowd to force their way into the Legislative headquarters of the United States Capitol as the election proceedings were about to start, with the purpose of stopping the certification of the legitimately elected president. As a result, for a few hours, the building and its territory were flooded with police officers, forced into lockdown while lawmakers were evacuated out of the facilities. The then-president refused to stop his support for the mob that utilized different forms of aggression inside the Capitol. Inside the building, they stole podiums, broke paintings, threatened public officials, and broke the law in countless ways. This cost the lives of the people who died from the event, while more than 140 were injured.

A week after the events, congresspeople disapproved of the president for inciting insurrection. The impeachment went ahead by 232 votes in favor (among them, 10 Republicans, including the #3 Republican in leadership) and 197 against this past Tuesday, from nine in the morning at one in the afternoon local time in Washington, seven in the afternoon in mainland Spain. Ironically enough, Trump’s desperate efforts to stay in power caused the Capital to be both the scene of the crime and the scene of the trial.

The United States Senate (charges him for his crimes) rejected Trump’s claim of unconstitutionality and approved going ahead with the trial. “He incited the mob against the vice president himself,” said Democratic Representative Joaquín Castro about images from security cameras where Vice President Mike Pence is seen being evacuated along with his family and his team of advisers by security guards. Additionally, Republican Senator Lisa Murkowski, who is a regular critic of the former president, said that the evidence presented so far appears quite “incriminating.” 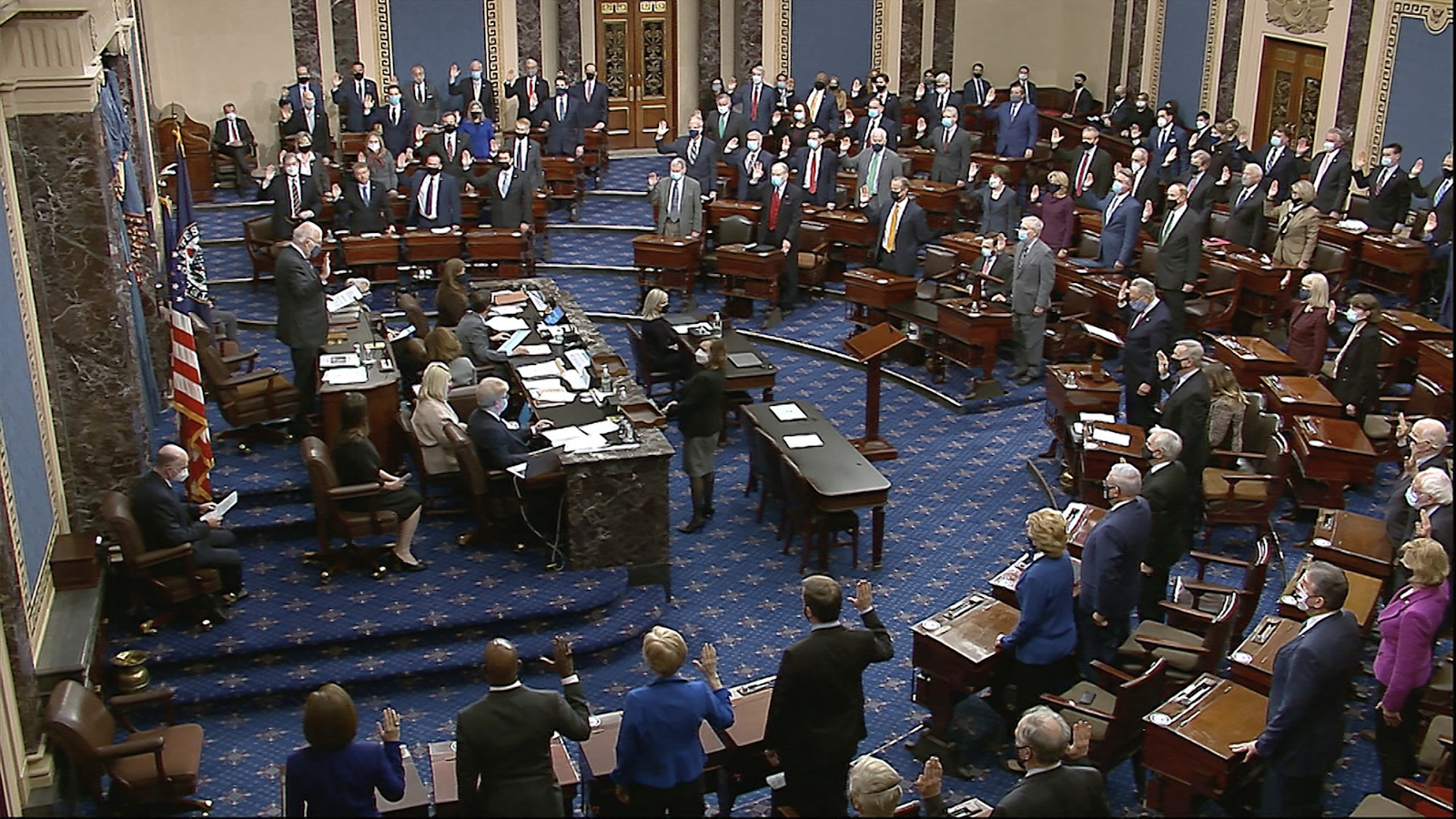 The Upper House (in charge of approving his impeachment) allowed the impeachment to continue by 56 to 44 votes, indicating that the vote would be constitutional. However, many Republicans continued their opposition on the basis of constitutionality, as they believed that the Upper House could not judge a president no longer in office. In the end, 57 senators voted in favor of conviction and 44 senators voted against, with 1 Republican senator switching his vote from the first vote to the second.

Additionally, the riot sparked another conversation about race and policing in the United States. Social media users utilized various platforms to create a conversation and ask the government: How can it be possible that this summer, the National Guard, armed and in camouflage uniforms, fired tear gas and rubber bullets at innocent and non-violent civilians? While during the Capitol’s invasion of enraged Trump supporters, they only successfully “blocked” the entrance with metal fences and they proceeded to allow them to walk around the complex for several hours while causing damage and prompting fear among members of the staff. For many Americans, this demonstrated the levels of systematic unbalance and racism within the law enforcement officials and members of society.

During this uprising actors, young teenagers, Democrats and even Republicans, members of the lgbtq+ community, black lives matter activists, artists, and individuals from all ages and socio-economic backgrounds shared their thoughts on social media and the streets, making a call for peace, justice, and change, while comparing the lack of equality and moral consistency of the country’s institutions. During the peaceful Black Lives Matter protests in Washington outside the Capitol building, there was an average of 5,000 National Guard agents whereas in this outrageous and violent insurrection the security of the parliamentary headquarters was almost exclusively in the hands of the Capitol Police.

According to BBC News, most of the rioters were allowed to leave the building without facing arrest, but a month-long search for offenders has resulted in charges against a reported 221 people. Additionally, about 10% of those charged have been found to have ties to organized far-right militias or other right-wing extremist groups. The FBI will continue investigating those involved with the capitol riots, and the Justice Department will continue bringing charges.