Amidst the current economic crisis the world is facing due to the COVID-19 pandemic, companies in Spain have opted to dismiss employers from their facilities to adjust their production costs in these uncertain times. As of last month, the unemployment rate in the Spanish autonomous community of Castile and Leon, home to IE’s second university campus, reached 11.61 percent in the last quarter of 2020. This is a major issue because the region’s GDP accounts for  4.9 % of Spain’s national GDP. Nonetheless, for thousands of people in this region and millions around the world, work is a sign of identity, and regions within the country are no exception. Mainly because through it they find a place in society, where they feel useful and productive.

Jobs provide a social status and alleviate social and economic pressures of society. In this sense, unemployment implies social isolation. An unemployed person not only loses contact with people to whom they are professionally related but also tend to withdraw into himself/herself and stop relating to others; as an individual could feel insecure and worthless. Thus, making them feel inactive as not performing any job function prevents them from having a social role to identify with, which negatively affects their personality.

Similarly, unemployment can bring negative psychological consequences such as decreased self-esteem, depression, anxiety, etc. Since the beginning of the pandemic, the community has seen this pattern increase. According to the Mental Health Federation of Castilla y León, they’ve detected a “greater approach” to its centers “of people with these disorders caused by the pandemic, who request psychological support”, indicates its manager Ángel Lozano. An increase that is transferred “also to Primary Care consultations.”

Unemployment rebounded in Castilla y León as a result of COVID by 28,832 people in 2020, until the end of the year with a total of 168,706 unemployed, which represents a significant increase of 20.6 percent in the interannual variation. Even so, this increase was below the national average, which was 22.9 percent, which placed the number of unemployed in Spain at 3,888,137, which means 724,532 more than just a year ago.

In relation to the month of November 2020, unemployment increased in the nine provinces by:

In terms of the number of contracts signed in Castilla y León they decreased by 20,570, that is, 29.29%, compared to the national decrease of 26.26%, with 462,408 fewer contracts. Of the total Community contracts, only 4,925 were permanent and a total of 44,725 were temporary. As a result of all these variations in the community’s unemployment, the voice of the Mental Health Federation of Castilla y León, Ángel Lozano, has an impact on this issue. “With everything that happens, a debate is opening that is becoming increasingly important around mental health, that there is no physical health without mental health, and vice versa.”

Aside from the health and economic variables that come into play through unemployment one must consider that this term often creates a domino effect. Mainly because unemployment affects the economy in a way that is associated with the flow of money. A steady cash flow is essential for any economy that wants to prosper, both inward and outward. Failure to do so leads to slow economic growth, which in turn makes it more difficult to make a turnaround in the future. A country that has a high unemployment rate also means that other sectors of the economy are in jeopardy as development funds are directed to supporting the unemployed masses. The economic slowdown will be experienced as a result of this.

Similarly, when an area or nation faces high unemployment rates, then it follows that most people accumulate more debt than is necessary for them to be able to meet their financial obligations, such as mortgages, car loans, and other bills. The payment of debts, of course, complicates the family finances and their mental state as aforementioned. In this case, the government will be forced to increase taxes to function properly not to mention that they cater to needs such as social protection and other vital obligations. This demonstrates how unemployment creates a cumulative effect just like the chain reaction with dominoes. 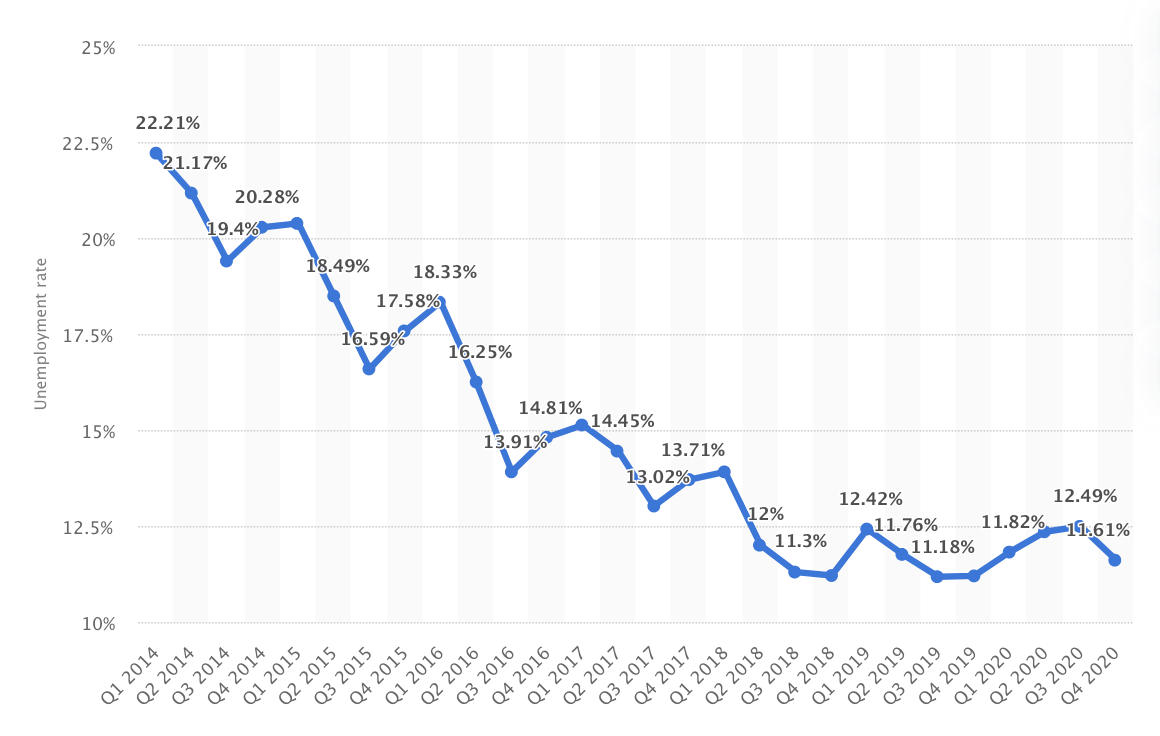 Freedom of Press: How’s it holding up worldwide?