La Mentira re-opened under a new name this September for fresher’s week – gaining a lot of attention from Segovians and especially IE first-years.

In order to find out more, I spoke to Pamir – an IE first-year student and promoter for La Mentira, to get an inside look into one of the newest additions to Segovian nightlife.

First I wanted to gain basic knowledge of the establishment…

“La Mentira is a club that was rebranded this year. It has always been there, there is a nice cocktail bar that is only open a couple of days a week, La Mentira is located under it. After the fresher’s week last year it died out, current owners own Kotaho and La Mentira.”

“It is open 6 times a week, sometimes some Sundays also open. Have a public relations team (promoters etc), where they depend on them to promote and advertise.”

Thinking about it, perhaps one of the reasons La Mentira is so captivating to so many students is that it does not have a cover fee:

“Clubs like Irish or those in Madrid have a cover fee. La Mentira, to attract people and fill the place up, have [..] very feasible and affordable fees that are very lucrative to them.”

Instead, they have their infamous 10 euro open bar: responsible for creating some of IE freshers’ best memories. At first, this deal seems too good to be true – how can La Mentira profit from this?

“Open bar usually [runs] from 00:00-02:00. There is a special price for the guest (the difference is usually 2 euros). There is only so much someone can drink. Ideally, they won’t make it to the actual worth of the 10 euros they are paying. It’s good to get repetitive customers. (…) After 2 am, they will make a deal: for example, a drink and a shot for 5 euros that the advertising team decides.”

La Mentira is not just popular because of their open bar deal, Pamir explains that it has to do with the pattern behavior of most IE students when going out:

“La Mentira has potential in the sense that it can attract people. People would go there. The thing with [the] IE student body is that when they think people are going somewhere and people are attending – they will attend. If you draw the image that upwards of 100 people are going, they will go.”

Pamir further comments on the schedules of IE students – and how they may not always match the conventional IE partying scene.

“La Mentira is generally open Monday to Saturday, Irish only opens Tuesday, Thursday and Friday – when we started and had less work (…) for people that could not go to Irish Thursday, they took advantage of Miercoles de Mentirosos (Mentira Wednesday).”

Irish is also known for their long lines and cold interactions with bouncers – could this also have an effect on La Mentira’s success?

“I have seen various nights where La Mentira was not projected to sell out or fill up, but given the lines for Irish and some of the bodyguards’ not-so-friendly actions, La Mentira attracted more Irish than it would on a regular night.”

Yet, La Mentira has stopped advertising itself as much as it once did – it feels like most people have stopped going. Is La Mentira past its popularity point?

“Peak point of every club here is September – freshers week or fresher’s month. People go out, and there is a new circulation of students. Even returning second-year students want to go out again.

Just like tourism, this is also seasonal – which smaller clubs like La Mentira, by opening every night, want to change to a more stable income generating way.”

Pamir adds: “Something that is different, is that there is more Segovian demand that keeps this business going.”

Many IE students, first-years especially, can agree that La Mentira is responsible for a variety of fun unexpected nights – becoming a highlight of the Segovian college experience. It offers an alternative way to club in the city – not only during IE-exclusive events but throughout the week. Perhaps, in the near future, if La Mentira continues on the path of success and can survive the harsh winter exam season: it will become a new IE student cult favorite. 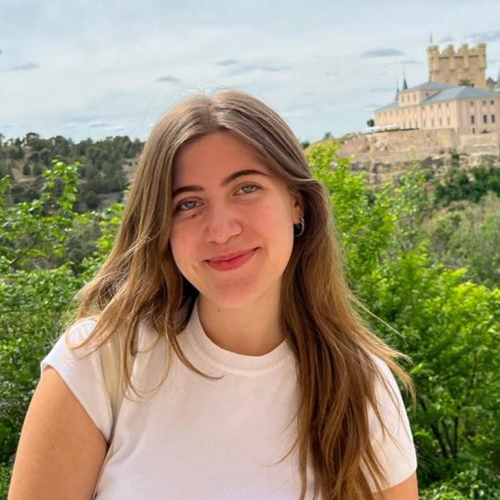 The Party Scene in Segovia: An Insight into the Process of Organizers and DJs

Inside Ivan Montero’s Studio: A Piece of Heaven Hidden in the Historic City Walls

What are your expectations by the time you leave Segovia?

Previous article
The Best Hot Chocolate You can Drink this Holiday Season
Next article
Two Latinas With a Hankering to Represent their Culture: An Insider’s Look at IEU’s Latino Club Segovia Chapter