What is one word that describes IE University? After the expected “pijo” and “expensive” responses, the most common would likely be “international.” Classes are filled with students from all walks of life. In very few universities can you say that virtually every continent is represented in just one row of a classroom. The international feel is a large deciding factor for many in the university decision process. And it’s not just a tagline… IE’s diversity is astounding and at the core of the university’s ethos. It was the first thing that struck me when I arrived on campus as a first year. I was one of the only students hailing from my home country, a very welcome change from my relatively homogenous hometown in the US. But, this feeling of diversity being valued disappeared this year, once it came to the infamous IE rite of passage: the exchange semester.

Exchange opportunities are touted almost as often as “driving innovation” is by the administration. But when I finally saw the list of partner universities, I couldn’t believe how few options we had in the Middle East & Africa. At the time of writing, according to the university website, only six universities are available in the entirety of the Middle East & Africa. If IE wants to commit to the international identity it has created, the people in charge  will reevaluate the list of partner universities available and will create partnerships with schools from all over the region, not just the more “mainstream” options.

I write this piece selfishly, as a student who dreamed of going to Cairo on exchange. I study Arabic and love to speak any broken sentences I can string together. When I saw how limited the options were, I got into contact with the International Mobility team and tried to navigate how I could be a student at AUC, The American University in Cairo. It turns out that it is possible to be a visiting student at a non-partner university, but there was a kicker: visiting students have to pay the host universities tuition, on top of IE tuition to hold your place. Paying two tuitions is a luxury few can afford, especially when one payment is a placeholder to the tune of 21.000 Euros. A fellow student of Arabic, Reka Baranyai, similarly expressed her concerns. “ I (and I am sure that many others) would like to improve our Arabic language skills and learn about politics and culture locally, just like those students who desire to go to other parts of the world to learn French, Chinese, German etc., and experience the local way of life.” I couldn’t agree more with her words.

Although I have my own personal convictions on this matter, the issue goes beyond just students interested in the Middle East. I spoke with second-year LLB-BIR student, Cecilia Guren, and she raised even more interesting questions. “When I applied to IE university, I couldn’t believe how many partnerships they had for exchange.” Once she dug deeper into the process, she discovered that the list is nowhere near a representation of her possible opportunities, adding on the degree restrictions. Africa, while being the second largest continent in the world, is the least-represented continent (excluding the obvious, Antarctica, but I won’t fault IE for the lack of partnerships down South). As a student with diplomatic career aspirations, this region was one that Cecilia saw herself going on exchange. “This area is so complex, yet there is not enough dialogue in Western media and teachings about Africa as a whole. In order to properly study international relations, it would only make sense to fill in the gaps in my own learning by going on exchange. I don’t feel like I can confidently grasp geopolitics if I don’t have a deeper understanding of this area.” Her words resonated with me, as a fellow IR student. We learn so much from our peers around us, and when we don’t have exposure to a certain region, it is just creating one side to a very elaborate story.

When discussing this topic with the administration, their response is that there is just not enough interest to foster more partnerships in the region(s). This is seen as a valid argument, but then raises the question: is this because the options are so limited that no one sees it as a viable choice? Is the lack of interest due to the lack of exposure of opportunity that is posed by the university in these regions?  I strongly believe that this documented “lack of interest” is because students are not satisfied with the few partner universities as of now. It is a bit of a “chicken before the egg” scenario… Do students not want to travel to the MENA region, or are the options too narrow to even spur any widespread interest? The common answer to my concern can always be to go abroad as a visiting student, but to offer this as an actual alternative is not right. To pay two tuitions is a hardship to most, difficult for many, and impossible for any students taking out student loans.

Could we have done our research better as we applied to IE to unravel this farce of a promise? Sure. But, when a university pegs its entire identity on how international it is, it is natural to believe that this applies to the entire world, not just cherry-picked countries. Diversity is IE’s biggest asset and what keeps so many students applying every year. This same model should be carried throughout our degree, most importantly during our exchange. Exchange is a time when students should challenge themselves, in a country they would have never ended up in if it weren’t for university. I hope that the university sees this lack of partner universities in the Middle East and Africa as a serious detriment to our global education and puts forward proposals to fix this gap. 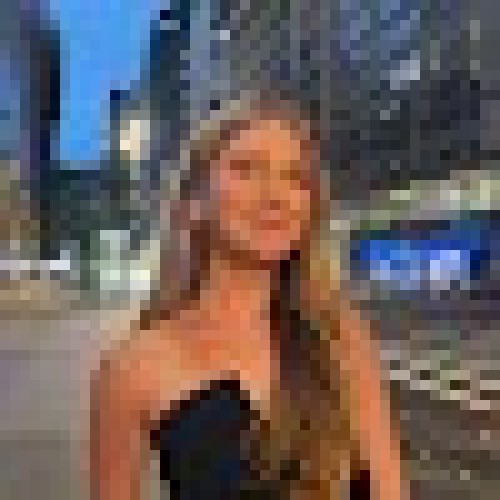