On Monday, November 18, the “Unbreakable Conference” took place at the IE tower. The “IE Girl Up Club” described the event as “a one-day encounter to celebrate the tenacity of women and to discuss all that remains to be done to achieve equal opportunities in the personal and professional spheres of their lives.” The use of the word unbreakable in the title already gives insight into the theme of the event.

The conference was made up of three panels. The first two panels included three different speakers in each and the third was a workshop. The first panel was titled “Women Reinventing Business.” As an attendee, it was easy to follow along and empathize with what they were saying.

Gema Mancha, a speaker during the first panel, is the country manager for Merz Aesthetics in Spain and Portugal. Her words were about how it is good to be disruptive. She explains that people are more likely to be committed when they are having fun. Her advice highlighted that women should show vulnerability, that it is valuable to make mistakes, and that people should surround themselves with others who have common goals.

In regards to being oneself, Uliana Turknova considers herself different. She is originally from Ukraine and believes to have had a distinct starting point compared to the rest of the entrepreneurs. When asked what she thinks being a boss means, Uliana had a very interesting insight. She said that being a leader is different from being a boss. She likes to note to her team how it is not only about reporting back to her as the boss but also as one more member of the team. As Uliana said, in some cases, your team may be your boss, you need to listen to them too and learn.

Furthermore, Uliana, who has been voted one of the top 100 women leaders in Spain, also highlighted how you need to surround yourself with people who you are going to help grow and who are going to help you do so too. A team needs to be composed of people with whom you share the same set of values and mindset. It should be filled with people who are open to progress and continuously evolving.

Gina Gonzalez, another speaker from the first panel and a director at Medtronic, shared a very valuable statement. She told the group to put their heart and soul into their work. She stated that it is important to have your heart present at all times and remember why you are doing your specific job. As she said:

“Be humble. Be honest. Be transparent.”

During the second panel, the “female world order”, the role of women in the international sphere was discussed. Eva Pulido, the Global Head of Logistics and Supply Chain at ICEX (España Exportacion e Inversiones) explained how not many are actually willing to go the extra mile and fulfill the tasks that an international position demands, such as being away from one’s family for a long period of time. However, she pointed out that she has observed a change from when she started in the field 25 years ago. Many more women have gotten involved and are changing the way things have been done. They have incorporated themselves into new job positions and broken boundaries such as being the boss of a whole department. Nevertheless, she commented on how there needs to be even more women who are brave enough to speak up, be more visible, and not fear what others may think.

The diverse speakers all had advice to offer young girls who want to spark change. They want girls to stand proud with other women and prove that they too have valuable contributions to give to today’s world. They want girls to know that they too can reach extraordinary heights and fulfill different jobs. In summary, women are taking leadership by storm, and it is because of their perseverance, cooperation, warmth, supportiveness, and sensitivity. 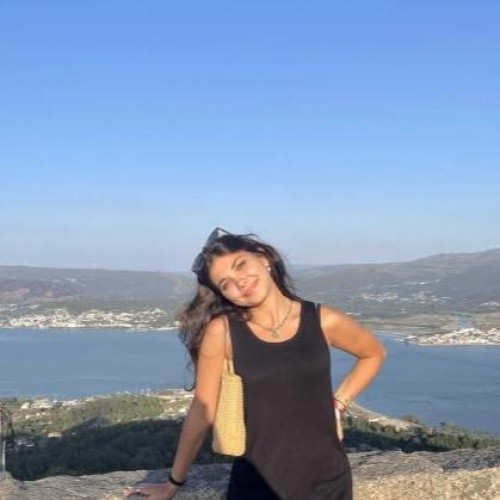 Previous article
COP27: What Did Spain Pledge to Do?
Next article
More Than a Game: Death by Virtual Reality