On October 20th, at around 06:45 Damascus time (05:45 CET), a deadly bomb exploded in a military bus, killing 14 people and injuring many more. This high number of casualties has not yet been officially confirmed and the death toll may be higher.

The site of the blast occurred under the Jisr al-Rais bridge, near the Ministry of Defence and the Damascus National Museum.

Aerial view of the site of the Damascus bus bombing 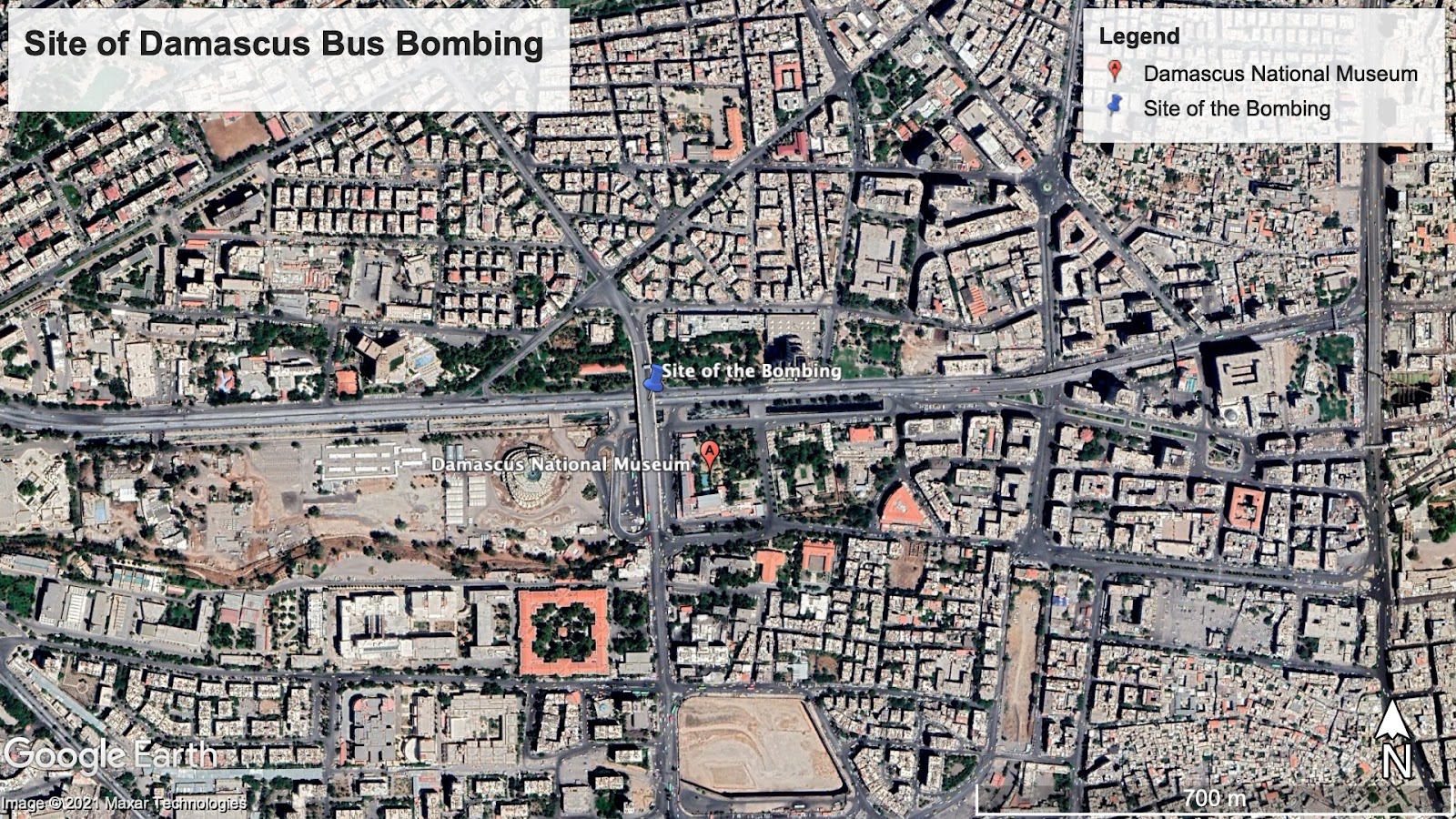 The explosion is suspected to be caused by the Islamic State, as a form of threat to the Syrian government and its military, due to its proximity to the National Museum and a government building. Although no terrorist group has yet admitted to conducting the attack, heavy suspicions are being projected at the IS militia, as they have a history of bombing military vehicles, some occuring earlier this year.

This bombing is the deadliest attack in Damascus since March 2017, where a sucide bomber from the Islamic State had killed 31 people.

Among the victims were four children and a schoolteacher, according to UNICEF.

Videos from the Sana news network show the aftermath of the bombing and the evident distress of bystanders.

More updates to follow as government officials release more information on the attack.