There’s a term for when someone or something pretends to care for the environment, while actually doing nothing. It’s called greenwashing, and it’s exactly what IE University is currently doing. Greenwashing is when you trick consumers, users, and the general population into thinking that a firm, or its products, are environmentally friendly or that the firm is environmentally aligned.

On the 15th of October 2019, IE launched a ‘custom’ MBA Program with Saudi Aramco – a little known company, but that is owned by a government who commit war crimes in Yemen, murder journalists in their own embassies and is one of the most environmentally damaging companies in the world. The event was important enough that IE’s President, Santiago Iñiguez, was personally in Saudi Arabia for the launch. I can’t speak for the whole student body, but I’ve yet to see Mr. Iñiguez face to face or even hear him speak but that one time in the Aula Magna, and I’ve been here for a significant period of time.

However, fret not, because on the 23rd of June 2020, IE presented its “New sustainability strategy” and the launch of “The 10-year challenge” campaign. The campaign has many focuses, but the main one is IE continuing their “commitment to sustainability from a different perspective”; namely, the different perspective being doing nothing and pretending to do everything, while sharing a bed with the bad guys. The IE Sustainability page is quite a read, especially if you consider Saudi Aramco could be indirectly paying for it. 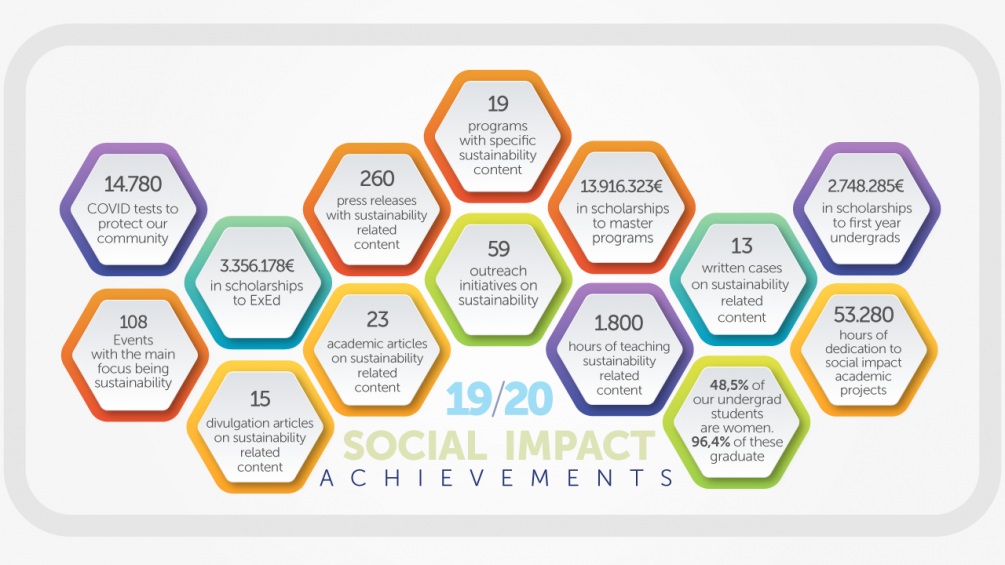 What is truly a mockery in its own right is how IE congratulates itself for their 2019-2020 Social Impact achievements. If marketing that you published 260 press releases with sustainability related content isn’t greenwashing, I don’t know what is. Maybe, and who knows, the Saudi Aramco MBA could be one of the “19 programs with specific sustainability content”, focusing on how to keep a repressive regime in power and sustain fat profit margins off the destruction of the planet.

As the IE Sustainability page encourages me to “believe in the great power of [my] actions”, here I am reporting on IE’s farcical environmental goals and double standards with a repressive regime and planet destroying firm. Remember when IE kicked out Gadhafi’s son? Maybe we can get IE to stop the MBA with Saudi Arabia, because if there’s anything that IE hates more than the environment, it’s bad marketing and press.

No clue, but I’ll leave that in your, the readers’, very capable hands. I don’t expect IE to react immediately, but what I do know is that unless the article, the idea, or the fact isn’t questioned by the student body (ahem, Student Government, get your skates on), the IE marketing machine won’t whir to life and we’ll have nothing. The point of the article is to raise an issue, highlighting a major discrepancy between what IE says (like loving nature), and who it shares a probably very oily and greasy bed with.

Unfortunately, the author of this article does reside in a country with a Saudi embassy and consulate, but much like being offered to drink tea with a Russian, will politely decline any and all invitations should they arrive.

The author of this piece would like to remain anonymous.

It is Time to Consider Lottery Admissions in Universities

Picking your campus: the first semester experience of students in Segovia and Madrid

Video games are art, and it’s time they are seen as equal to other...

Picking your campus: the first semester experience of students in Segovia...

Making 2022 Better is in Your Hands