December 1 was marked by a historical meeting of two democratic leaders. On this day, French President, Emmanuel Macron, arrived in the United States for an official visit with his American counterpart, President Joe Biden. This visit was the first by a French leader since the beginning of the Biden administration in January 2021. Moreover, this visit was also the first official visit by a foreign leader to the United States since the start of Biden’s term.

On Wednesday, November 30, Macron started his visit by traveling to the National Aeronautics and Space Administration (NASA) headquarters with Kamala Harris. This visit is of great importance for both countries and aims to strengthen their cooperation in space. Back in June, France signed the Artemis Accords. The goal of this project is to support the US’ initiative to bring humans back to space. In return, the US signed the Space for Climate Observatory charter, a French national project. Its goal is to develop tools to adapt to climate change.

Later that day, an informal dinner was held between the heads of state and their wives. The next day, a formal welcoming ceremony for the President of France took place at the White House.

Much of the visit revolved around refreshing, sometimes volatile, but fundamentally important, US-French diplomatic relations. The presidents touched upon several topics. A few of the most discussed topics were the potential to provide assistance to Ukraine, condemnation of Russia’s actions, the settlement of the trade conflict between Europe and the United States, and climate legislation.

One of the central topics of discussion was the war in Ukraine, especially in the context of the modern world order. Both Macron and Biden expressed confidence that despite the differences that arise within their cooperation, they are still committed to the same fundamental values of democracy. These values are what sets them apart from President Putin, according to Biden. He stated, “Putin thinks that he can crush the will of all those who oppose his imperial ambitions by attacking civilian infrastructure in Ukraine, choking off energy to Europe to drive up prices, and exacerbating the food crisis.” Biden explained that Putin’s actions bring a lot of pain not only to Ukrainians but to many others around the world. However, Biden emphasized that Putin “is not going to succeed” and mentioned that he is ready to talk to Putin if he wants to end the war in Ukraine.

In addition to condemning the actions of Russia in Ukraine, Macron expressed the position of the European Union, which is unconditional support for Ukraine for as long as it is needed. Macron highlighted that it is not only about the war in the small country in Europe, but also about protecting democratic values and peace in the world.

Despite all of the positive statements that were made, Macron expressed his and other European leaders’ dissatisfaction with Biden’s Inflation Reduction Act. This law was passed in August and was called “super aggressive” towards European companies by Macron. The Inflation Reduction Act contains massive subsidies for US-made products. Because of the effects of these subsidies, Macron claimed that he and other leaders “have been rankled by a provision in the bill that provides tax credits to consumers who buy electric vehicles manufactured in North America.” Macron is confident that subsidies undermine the level playing field for trade with the EU. He feels as though these subsidies weaken the EU’s position against the background post-pandemic and energy crises. Biden, on the contrary, believes that subsidies help the United States contribute to global efforts to curb climate change.

At the end of Macron’s visit, the White House published a joint statement calling France the United States’ oldest ally. Overall, the presidents agreed to continue strengthening their positions in response to the Russian invasion of Ukraine. They especially underlined that one of their main goals is to build an even stronger alliance to face the greatest issues of modern times. According to the statement, economic partnership, defense, and shared commitment to democratic principles are the key goals. This includes staying resistant to military threats and reinforcing NATO’s capabilities. 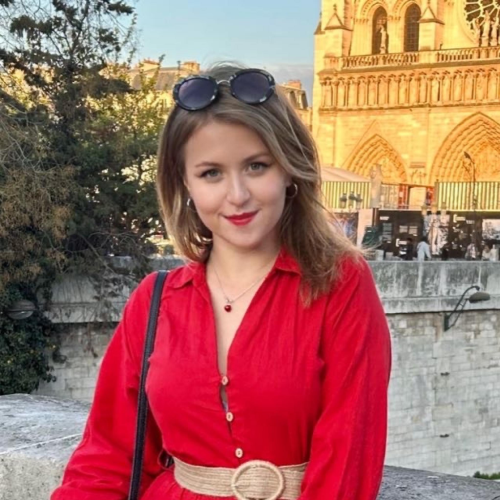